Writing and Comedy from James Harris

The ‘Not Obama’ Vote

Mitt Romney’s sashay to the Republican nomination continues unabated, despite him apparently being what we call in British English ‘something of an arse.’ Yet what is his election strategy? It appears that his main argument until now that he is not Barack Obama. And the argument is undeniable: he is indeed not Barack Obama. Look at the photographic evidence: 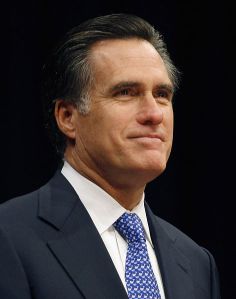 Photo by Jessica Rinaldi under a Creative Commons license

Photo by Pete Souza under a Creative Commons license

Nobody could look at these two photographs and say ‘the man on the left is Barack Obama.’ For one thing, Barack Obama is black and Mitt Romney is white, a small but, even in post-racial America, significant detail which will surely remain true even until the general election. Only if Mitt Romney begins dressing as and/or impersonating Barack Obama will this brilliant tactic become confusing for the average voter. What would complicate matters still further is if before the election, Mitt Romney changed his name to ‘Barack Obama.’ Faced by two identical names on the ballot paper, even the most-hardened ‘Nobama’-sayer might struggle to figure out which meant the real Obama (the one he hated) and which the other (the Barack Obama formerly known as Mitt Romney). A numbering system or some kind of acronym could perhaps make this more clear.
However, Romney has to be careful this tactic does not backfire on him, as it is also undeniably true that the majority of Republican candidates for the Presidential nomination can also say, and say confidently, that they are not Barack Obama. For example, what if Newt Gingrich hits him with a campaign ad with the slogan ‘I Too Am Also Not Barack Obama’? And surely Michelle Bachmann, now out of the race, could also have claimed to be, by dint of her gender, even less like Obama than all the ageing white men who surrounded her. Furthermore even the radical fringe of American politics could appropriate the slogan: surely, for the Occupy Wall Street movement, even better than ‘We are the 99%’ is ‘We are not Barack Obama’, true as it really is for all Americans – except one – rather than just 99% percent of them.
It’s time the non-Obama majority made their voices heard. Only in doing this can we achieve the solution to the ‘Cold Civil War’ now raging in America: all American citizens should run for office against Barack Obama, under the banner of what they each share, namely not being Barack Obama. Even though I myself am neither an American citizen, nor live in America, nor even know where America is, I can safely say that I am not, nor have ever been, Barack Obama.  Even to a displaced Anglo-German like me the slogan rings immediately true. I did not go to Harvard Law School, nor try to learn Spanish. And did the rest of the world? From the lowliest Chinese peasant farmer to the confused Welsh house-husband who has just lost all his worldly possessions in a fire, we can all unite as global citizens to say with great confidence: ‘We are not Barack Obama.’ Only one man is. Though some of us are slightly more like him than others. 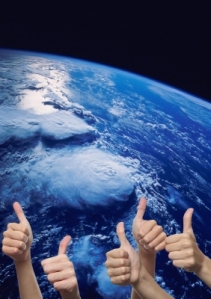